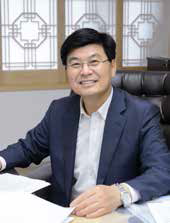 I am Choon-hee LEE, Mayor of Sejong City, Korea.

I would like to extend my sincere congratulation on the Inaugural Congress of the World Administrative Cities Association,

Especially, I would like to express my heartfelt gratitude to Mayor Mustafa TUNA of Ankara City for organizing this meaningful event.

In June, last year, Sejong city hosted the World Administrative Cities Forum. More than 300 participants including administrative cities’ mayors and experts were in attendance at the forum. We confirmed our will to achieve mutual prosperity and shared each administrative city’s experiences and wisdom. In order to expand the opportunity and our will continuously, 5 cities including Ankara and Sejong signed a Memorandum of Understanding of strategic alliance which is the world administrative cities association (WACA).

Sejong city has been working as interim secretariat of the WACA. I am very pleased to work together with more cities within 1 year. I would like to express my sincere gratitude to mayors and officials of founding cities going together at the first step of the WACA.

Turkey is a historic and geographical bridgehead of the East and the West. I look forward to Ankara, Turkey playing an active role as the initial president city of the WACA as well as a bridge of administrative cities all over the world.

Mayors and officials of administrative cities and distinguished guests!

Cities are said to as the vessels of human life, so is the administrative city that we dream of. We need to grow into a sustainable city containing the values of citizens and the spirit of the times. Most administrative cities have special purpose and were created for sufficient state administration and balanced national development.

With such a historic mission, I believe mayors of administrative cities including myself have much more responsibility for developing the city. Such a common sense of calling makes our solidarity much stronger.

I hope we work together to present suggestions to address common challenges we face and respond to future changes at today’s congress.

In this regard, I would like to share the Sejong’s current issues which are urban regeneration and smart city, the development strategy of the fourth industrial revolution at mayor’s round table.

By accumulating the experiences and know-hows we share today, we will be able to lead the success and prosperity of administrative cities together.

Today, I’ve met a number of administrative city mayors and officials and I have confidence that I can share everlasting friendship with them.

The World Administrative City Association is a challenge towards a better future and mutual prosperity of administrative cities.

Once again, I applaud and cheer for the great first steps of the world’s administrative cities across the border. 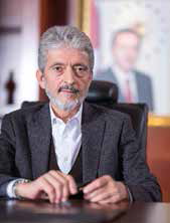 On behalf of myself and the citizens of Ankara, I wholeheartedly present my warm greetings to you and honored to welcome all of you in our capital city Ankara.

Today, is a historical day not only for Ankara but also for the world capital cities. Because we are on the eve of holding the inaugural general assembly of World Administrative Cities Association, a unique Association, which will serve as a cooperation and solidarity platform for the capital cities.

I would like to frankly express that it is again a great pleasure for us to be the host city in the establishment process of such an important Association. The Minister for Environment and Urbanization, Mr. Murat KURUM’s being among us is the reflection of the importance attributed to this new formation and cooperation by the government. So before you, I would like to express my sincere gratitude and appreciation to H.E. Mr. Minister.

I would like to thank the mayors and representatives of the capital cities who accepted our invitation to join us in this beautiful autumn day, despite their hectic schedule.

At a time when global terrorism threatens the whole world, regional wars and immigrant problems are transformed into a human drama, and despite resolving the challenging issues many countries are competing to maximize their interests, we, the executives of the world’s major capitals have come together for friendship and cooperation.

As representatives of the cities who favor solidarity rather than conflict, cooperation rather than competition, sharing rather than exploitation, we are establishing an Association which will enable our efforts permanent. Of course this is not an easy work. It requires sacrifice, effort and time. I wholeheartedly believe that with the activities and projects we conduct, we will draw the attention of the world, raise our member number and transform into an overarching Association. I would like to congratulate all the cities who took this responsibility and honored our invitation.

Capital cities are not only units which deliver services to local inhabitants. They are administrations that provide services to diplomatic missions, international institutions, corporates and governmental institutions. Therefore, they have their own characteristic defiances and success stories. Wherever you go around the world, whether to Brasilia, Budapest, Sejong, Islamabad, Ankara, Sarajevo you will see beautiful monumental buildings but also it is possible to see haphazardous, unplanned and undeveloped regions.

But there is only one constant truth that doesn’t change, each and every city’s administrator is showing the utmost effort to resolve the city challenges, raise the quality of life and meet the expectations of the citizens. Different cities have developed new success recipes and solution ways. So with the help of these meetings not only the best practices are shared but also the emergence of new ideas are provided with the establishment of new friendships.

As Ankara Metropolitan Municipality, we give a great importance to common sense and collaboration. Instead of the management mentality “I did it and done it well, I know the best, I am elected so I can do whatever I want” which is referred as the Ego-system management mentality, we embrace the Ecosystem management mentality which takes into consideration to use the common sense of all city stakeholders, foresee their effective participation in the decision-making process, pay attention to their expectations and needs in order to assess the impact analysis of their planned interventions, for the challenges that may arise in the short, medium and long terms.

The dizzying speed of technology has transformed our world into a global village. In this new world which we call the age of globalisation, we are entering an era where cities will compete instead of corporations. With the inception of Industry 4.0, we are entering a process where young engineers, inventors and talented CEO’s are no longer obligated to convene under a factory roof. The aforementioned persons are preferring cities over corporations which they believe the former is more inspirational and nurtures their technological and innovative needs, information ecosystems. This situation which means a big defying act for our cities makes further cooperation mandatory. By tradition, the capital cities provide an administrative base and they are mostly developed in that nature, so within this new period it is obvious that they need intense cooperation and exchange of experience. Therefore, World Administrative Cities Association which we are about to establish today is going to constitute a close and efficient cooperation platform between the capital cities in such a crucial time.

Today, after the Inaugural General Assembly, in the Round Table Meeting, the esteemed Mayors are going to share their best practices in regard to Smart City and Urban Regeneration issues, aiming to converge our capital cities. And tomorrow we would like to take the opportunity to introduce you Ankara Metropolitan Municipality’s Project implementations on site.

I believe that ‘World Administrative Cities Association’ which we all take the justified proud of its establishment, will serve to peace, brotherhood, cooperation and solidarity in all over the world. I would like to express my gratitude to everyone in particular to H.E. Mr. Murat KURUM, Minister for Environment and Urbanisation, esteemed Mayors and representatives of all the participant cities for gracing this meaningful occasion with their presence. With these heartfelt feelings and thoughts, I would like to thank each and everyone of you for your invaluable contributions. I hope the meeting will achieve the desired outcome. I entrust all of you to God.

With my deepest respects…..