‘ㅅ,’ the initial consonant of Sejong City, was used as the motif to highlight the city’s characteristic as Korea’s first hangeul city and to distinguish it from other cities. ‘ㅅ,’ which evokes the roofs of traditional homes of Korea, symbolizes the aim of Sejong to become a city of happiness with an ideal environment and infrastructure and encapsulates the vision to emerge as an administrative city that designs a better future for Korea. The trigrams, geon, gon, gam and ri, of Taegeukgi, the national flag of Korea, have also been incorporated into the design to emphasize the status of Sejong as a representative city Korea. With the elements of Taegeukgi representing harmony, balance, creation and development, this design stresses the role of Sejong in striving toward balanced development of Korea, while the eaves pointing upward reflect its vision as a future-oriented city that will become a global role model.

The blue color embodies the image of Sejong as a smart administrative city that is future-oriented and strives toward progressive advancement.

The symbol mark has been designed to demonstrate the symbolic and formative characteristics of Sejong City. It is particularly important to manage the symbol mark properly in order to form and project a visual image of Sejong through visual symbols, and thus unauthorized changes thereto are strictly prohibited. Where it is necessary to re-size the symbol mark, it must be done using the computer data on the design guide CD, in principle.

Inspired by the structure of the Hunminjeongeum letters, the logotype emphasizes ‘Sejong’ and conveys the unique characteristic of Sejong as Korea’s first hangeul city. 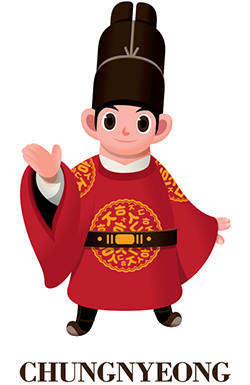